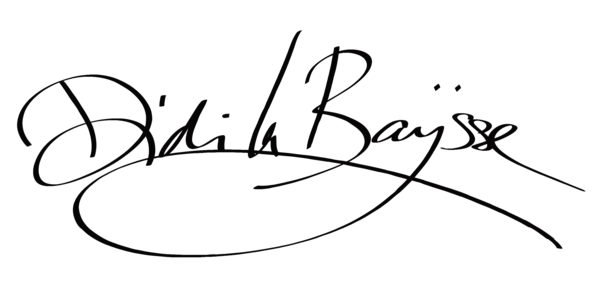 BRING YOUR LIVING SPACE TO LIFE.

Didi La Baÿsse provides you with the complete service of designing & creating original paintings, especially for you to suit your home or office decor. 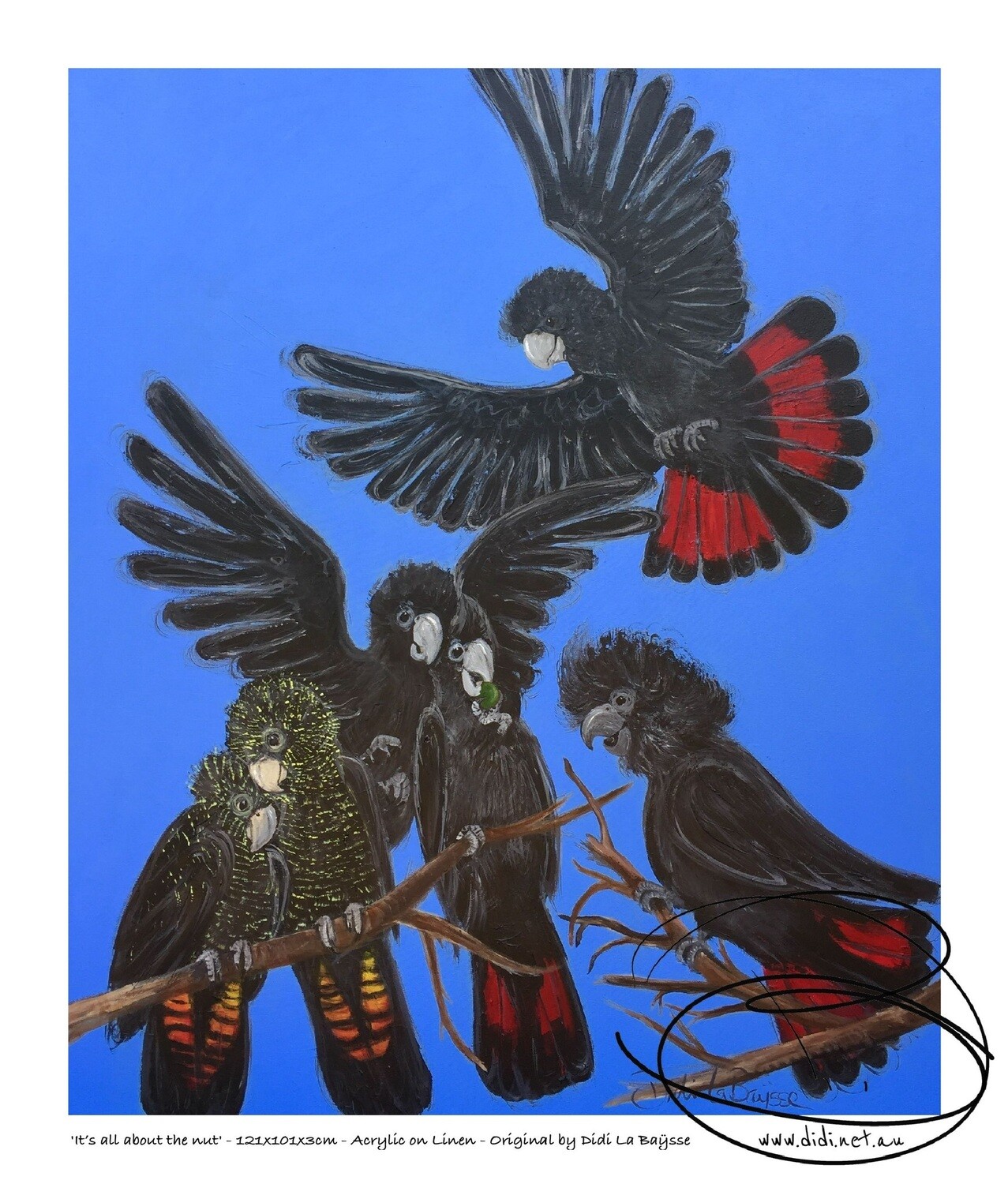 It’s all about the nut

The story about male black cockatoos making a big fuss about 'the nut' while the two females are not giving a damn.

The paints used are Professional Grade Fine Art Matisse Acrylic paints by Derivan - Established in 1964, Derivan is an Australian company and makers of the finest quality artist materials. Only the finest quality pigments and ingredients are selected for the Matisse range of premium acrylic colours. All have the highest lightfastness rating of ASTM I or II and are archival quality – so you can purchase with confidence knowing your artwork will stand the test of time.

This painting is ready-to-hang with D-rings and picture wire.

Save this product for later
Display prices in: AUD 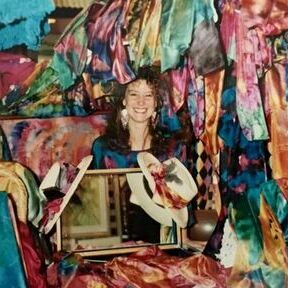 Your painting just arrived. I'm so excited! Just as I remembered, it's extremely original, unique, beautiful and dazzling! A brilliant work of art. Thanks so very, very, very much for sharing it with me!!It will always evoke for me memories of the sensations of Kuranda – indeed, of every exotic, lush, and beautiful paradise on earth.All the best with your brilliant career, stay well during these trying times, and have a wonderful Autumn!Wayne

P.S. By the way, I had thought of framing it. But have decided to leave well enough alone. It's perfect as you mounted it.

‘Oh WOWw, We absolutely love it. It’s fantastic. The butterflies are one of our stand-out memories from visiting Kuranda this year and you have completely captured them. The reds you’ve used are exactly perfect for our en-suite, just what we wanted to match the feature tiles we have chosen.

So, thank you very much indeed.’

Didi La Baÿsse Art Studio & Gallery is a beautifully presented and delightful working studio with original paintings and unique 'Objets d'art' created on location by flamboyant Kuranda artist Didi La Baÿsse. The gallery also features artworks from local artisans including glass, pottery and jewellery. If you are looking for a unique souvenir, gift or anything special, Didi's Art Studio and Gallery is a must see!! Come and have a look and enjoy the artwork. Opening Hours can vary **To avoid disappointment please contact Didi to confirm Opening hours for your visit. Appointment Highly Recommended.